big bug with a long hose 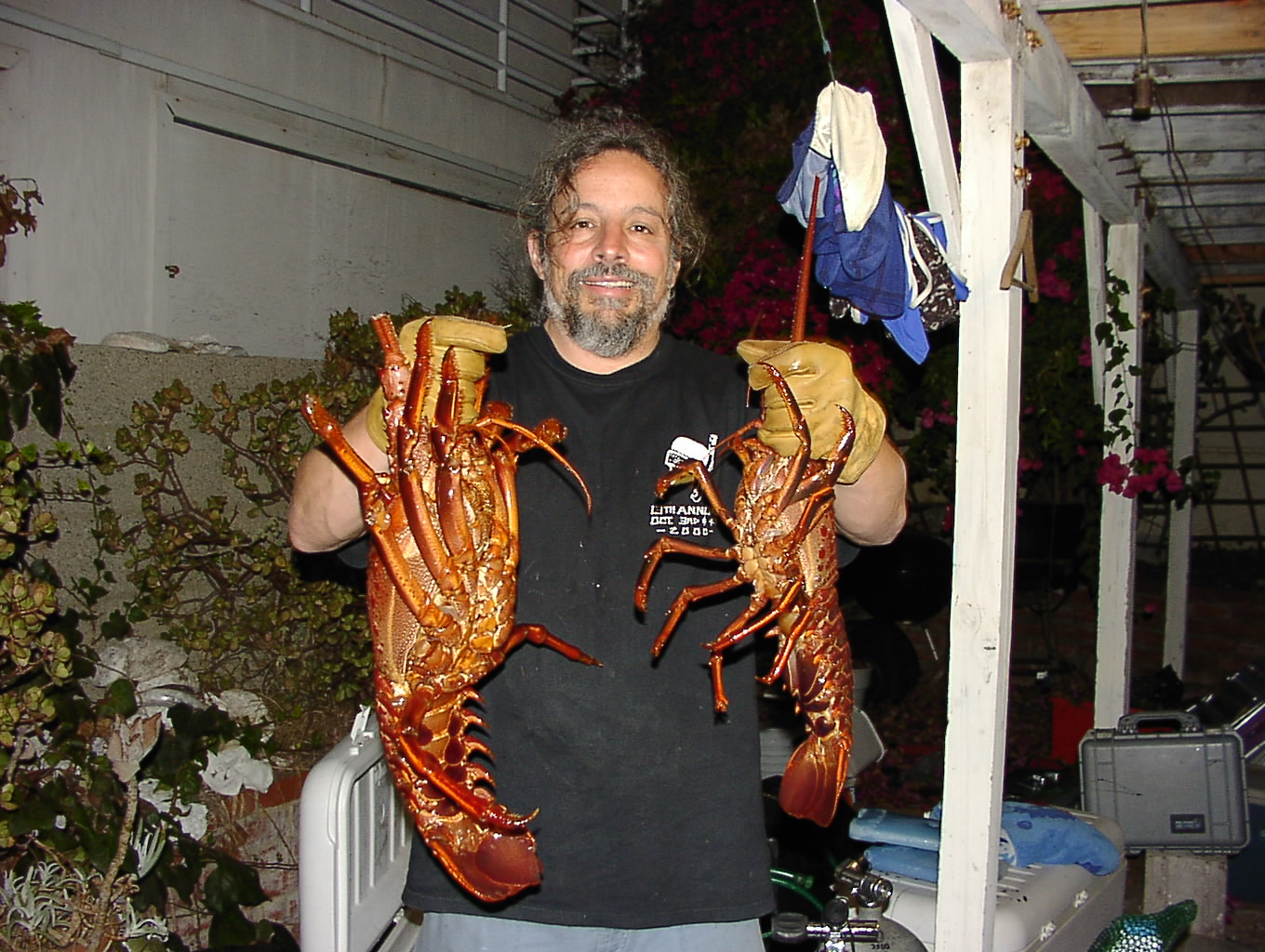 On Tuesday October 9 I was at Cortes Bank on the Dr. Death trip on the Peace Dive Boat.
The last dive of the day was about 200 yards from the buoy.
It was an area of scattered large rocks and small rock piles, on a sand bottom.
As I swam I search for a good bug spot.
There seemed to be nothing in the smaller rock piles, and the large rocks had no good spots for bugs.
Then I spied a rock with a large hole in the side.
I checked my air and had 2200 psi in my HP120.
I then dove down as far into the hole as I would fit, which was about five feet in.
About eight feet farther back of the hole there were three bugs, one of which appeared to be large, however I could not fit in there with my tank.
There was also another small hole about two more feet in, the bugs could crawl into, and I would not be able to get at them.
To keep the bugs from moving into the smaller hole I placed my flashlight in it pointing out.
I then backed out of the hole, rechecked my air, took off my backpack, unvelcroed my twenty foot regulator hose, and turned on the light on my mask.
I then crawled into the whole and grabbed the biggest bug, and backed out and placed it in my game bag.
While I was doing that one of the other two bugs bolted, but one stayed, so I crawled back into the hole, grabbed it and my flashlight, and crawled back out.
After replacing my hose in the Velcro, and putting my backpack on, I decided to get a heading on the boat and return.
So I surfaced, with a safety stop on a kelp stalk and took a heading.
I went back down and headed for the Peace.
On the way, I passed Captain Eric, just after I saw him, I saw another bug and swooped down and bagged it.
I then continued on to the boat and came up under the swim step.
Once back on the boat I weighed the bug, which was just under 7 ľ lbs.
It was not the biggest bug of the day however.
Joe Schuller got one that was 9 Ľ lbs. and Bob Davis got one that was about 8 ˝ lbs.
Carol Beck also got one very close to the size of mine.
However it was still a nice bug, and the largest one I've got so far this season.