CA Marine reserves. Think on this one.

I had a thought about the Marine Reserves. There is a bit of small predictable
problem.
This was the same drawback of just putting islands, such as Santa Barbara Island,
off limits to hunting permanently, only a much smaller version.
What do you do when certain local populations get to robust from lack of
predation?
Consider the MPA idea. It's neat because it is tested and works. The fish
leave the reserve and go into the fishing areas. Well, the Channel Islands has
some different ecology than most other places. It is the abundance of the
invertebrates on the shallow reefs. The abalone, scallops, sea cucumbers,
urchins, etc. These are not mobile like fish and the primary predator, the sea
otter, is gone. This means that given time, there will end up being an over
abundance of these critters in the reserves. You should see the lobsters in
the reserve at La Jolla Cove or the abalone at Gerstle Cove.
Now because their reproductive methods include distribution by currents, the
populations in the reserves will help replenish the surrounding areas, but the
reserves will still get over populated, leading to problems that could include
disease. From an ecologists point of view, when these populations get like that,
something should be done to thin them for their own health. Perhaps some could
be relocated to other areas, but that is not an optimal solution. Realistically
and un-hysterically speaking, they should be harvested some. There should be an
abalone hunting season open to sport and commercial (yech) harvesters,
based on a limited take of a size determined by what is best for the health of
the ecology (It should have been dock limits based upon supportability of the
ecology long ago, but that is another stupid story). This would probably apply
to sea urchins and perhaps sea cucumbers as well. Since abalone, unlike lobster,
seem to get senile as they get old (non-reproductive) perhaps the minimum size
of 9 inches might do the trick.
Just a thought. Soon enough you'll see another (weird) thought this provoked.
Wadda y'all think of that???
Enjoy the diving, seahunt
. 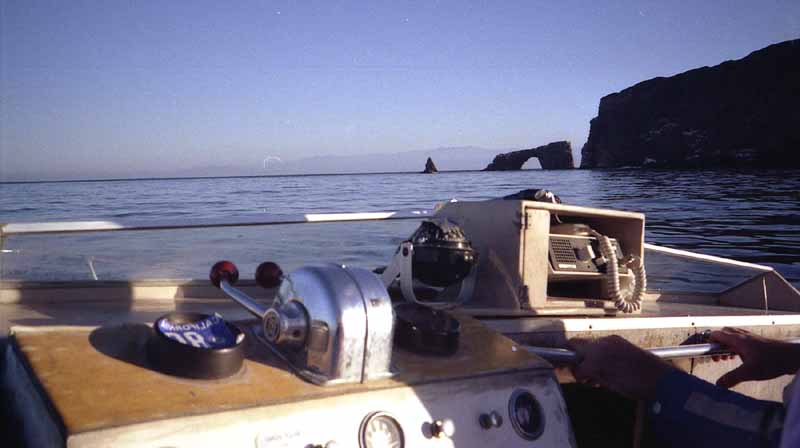