Opening night on the Westerly 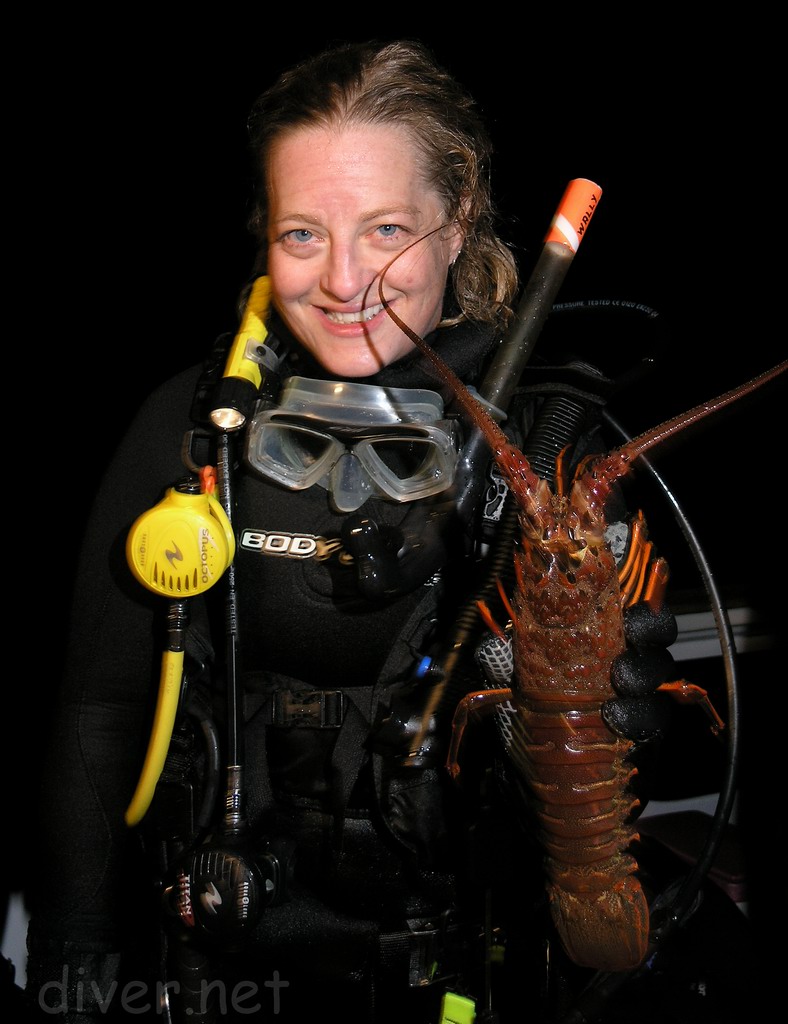 Chris Cervellone and I went on Dive n Surf's opening night dive on the Westerly. Captain Jim pulled the boat out of 22nd Street in San Pedro at about 9PM. When we arrived at the island just after 11PM there were private boats everywhere. Captain Jim anchored the boat in 40 feet of water just West of Empire Landing. There were already some divers from a private boat in the water about 150 yards East.
I was prepared to hop into the water just after midnight, and was the one of the first two divers in the water. Instead of heading in like most people did, I swam directly for deep water. At around 60 ft I started to short bugs walking, then once I got below 100 ft I found good sized ones out walking among what appeared to be an angel shark convention. I did not even take a second look at a bug unless it appeared to more than legal. I managed to grab five nice ones between 2 to 3¼ lbs. before I had to return due to diminishing air supply.
On that same dive Chris Cervellone came back with two bugs one of which was a very nice 4 lb. bug he found at about 20 feet. Other diver came back with one or two each.
The next dive site was about 250 yards west of Long Point, When I hopped I noticed immediately that my UK100 had flooded, so I asked the DM to give me my back-up UK1200 and headed out. I again choose to go deep and picked up my last two bugs in 115 ft. Thus I had limited for the evening. Before I got out of my wetsuit I had Rhonda make me a burger with some of her special mustard
On this second dive Eric Frasco came back with a nice bug, probably close to 4 lbs.
Since I had limited, I went to sleep and did not do the third dive. I found out later that I was the only person on the boat who had limited, but several divers had 4 or 5 bugs. It was a very nice trip.