The day after Thanksgiving, we took advantage of the holiday to do a little local diving.

Pat Smith had reported good conditions on the Palawan, so we decided to take a look - good decision! The visibility was very good at about thirty feet and I went to look at what I now know to be the bow of the ship; thank you, Pat. I had hoped to swim the rail from stem to stern, but ran out of bottom time before I could make the full trip.

The second dive was on the wreck of the Avalon off of Palos Verdes peninsula. A Mola mola greeted me when I dropped in the water, but wasn't interested in playing and never got close enough to get his picture taken.

On the bottom, the visibility was the best I've seen on this site. Normally good, the water was extremely clean and I could easily see out boat on the surface from a depth of 70+ feet. Here's a picture of the bow of the Avalon; I only wish I had a diver in the picture to show scale. 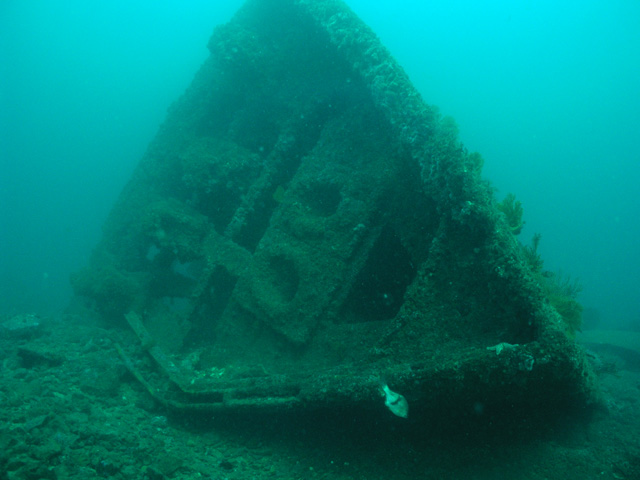 The blacksmiths were tightly schooled with one or two senoritas - getting cleaned? 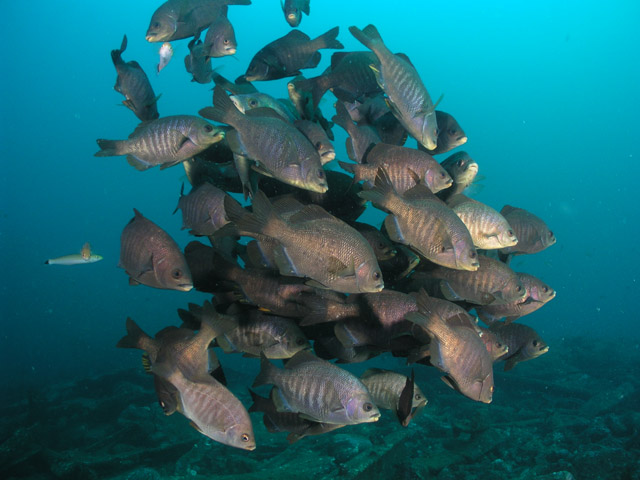 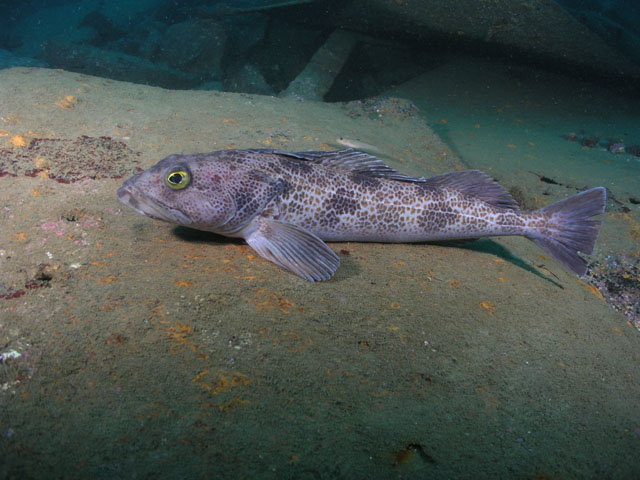 It must be rubberlip surfperch mating season as they were in pairs where ever I looked. 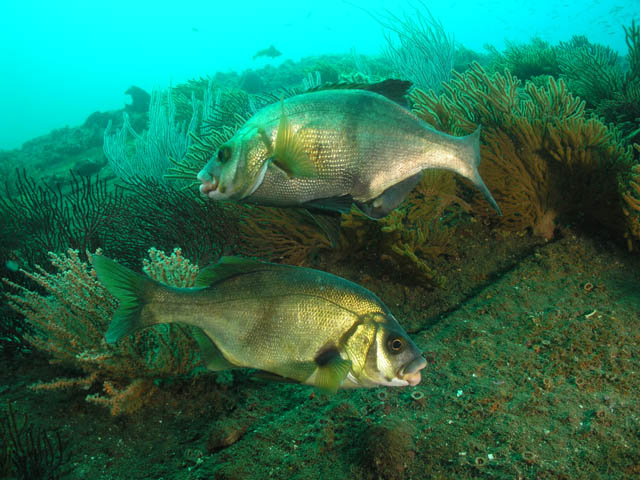 I found a new nudibranch! A BIG YELLOW one. I couldn't find it in any of my books, so I've named it Scotti lutea (from the Latin for yellow). 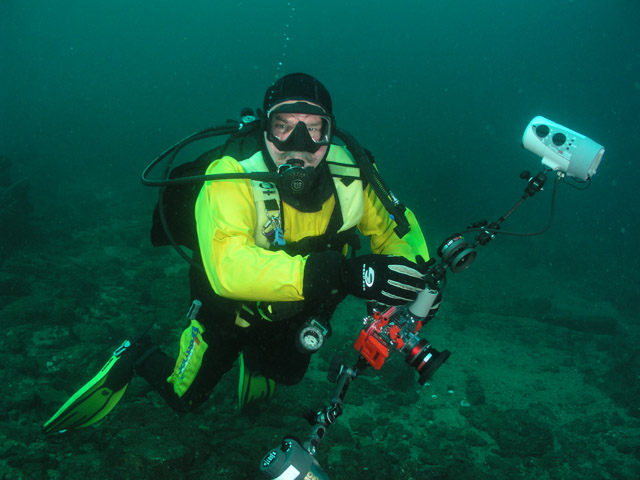 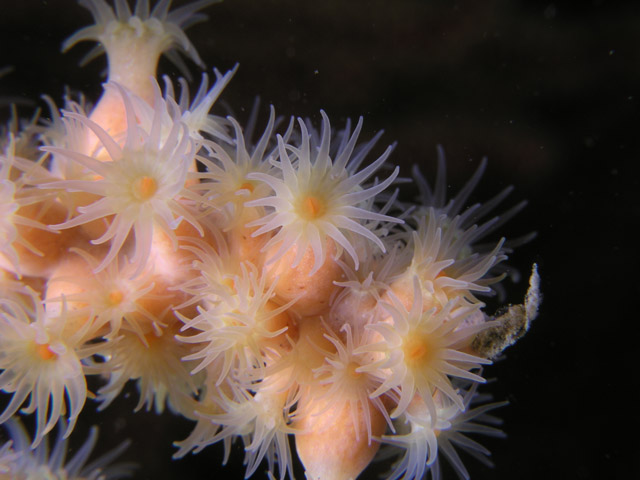 and, the ubiquitous Spanish Shawl. 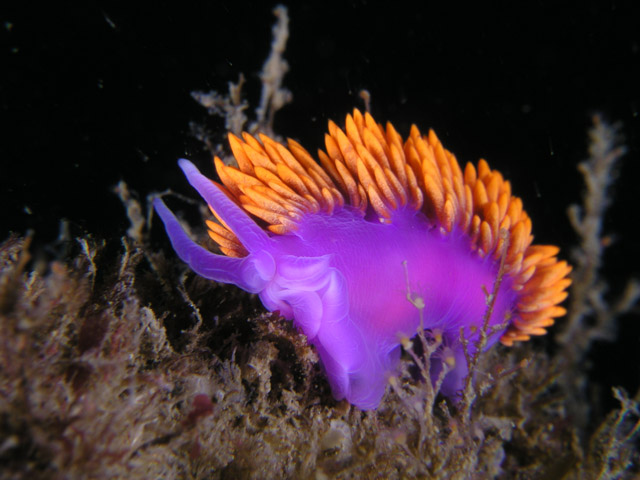 We returned the next day and were rewarded with good visibility. Wouldn't you know it, just as I took my wide-angle lens adapter off to do some macro photography, what swims by but a Black Sea Bass.