On Tuesday and Wednesday, October 12-13, 2004 I went on the 17th annual Dr. Death trip on the Peace. The trip is a lobster hunting trip (and contest) for very experienced divers that is nominally destined for Tanner Bank, Cortes Bank, and San Nicolas Island. This year 18 of the 20 divers on the trip dove backpacks, two used BCs.
I enjoy the seeing the people on the trip each year and I especially enjoy it because of the spots we often dive. Because of high skill and experience level of the divers Captain Eric will often drop us in conditions he would not consider most other groups.
We headed out of Ventura at 10 PM on Monday night and the seas were reasonably calm. We were headed for Tanner Bank, however that morning a thunderstorm showed up and when lightning was hitting the water just ahead of the boat Eric elected to go to Nic.
Our first dive was at Begg Rock, and most divers took scallops. I elected to take my camera that dive even though the visibility was marginal. And got some pictures of divers and of some of the many salps in the water. 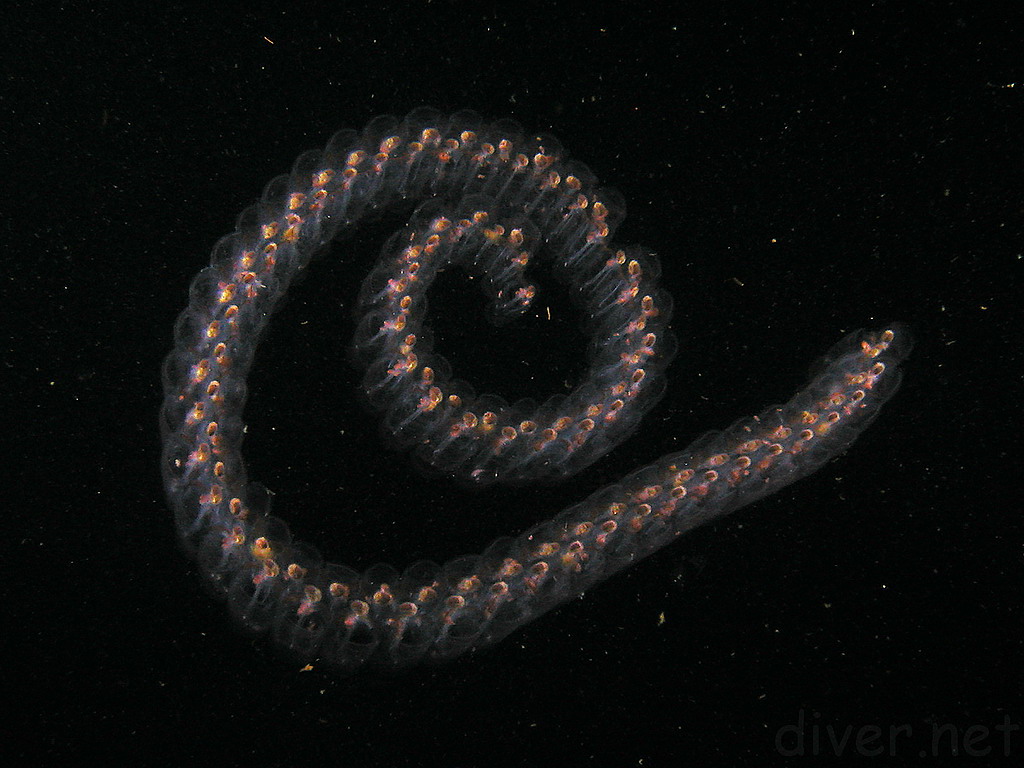 Tom Chung had a very interesting tool made from a sharpened rice scooper he used for scallops; he seemed very adept at getting quite large ones quickly. 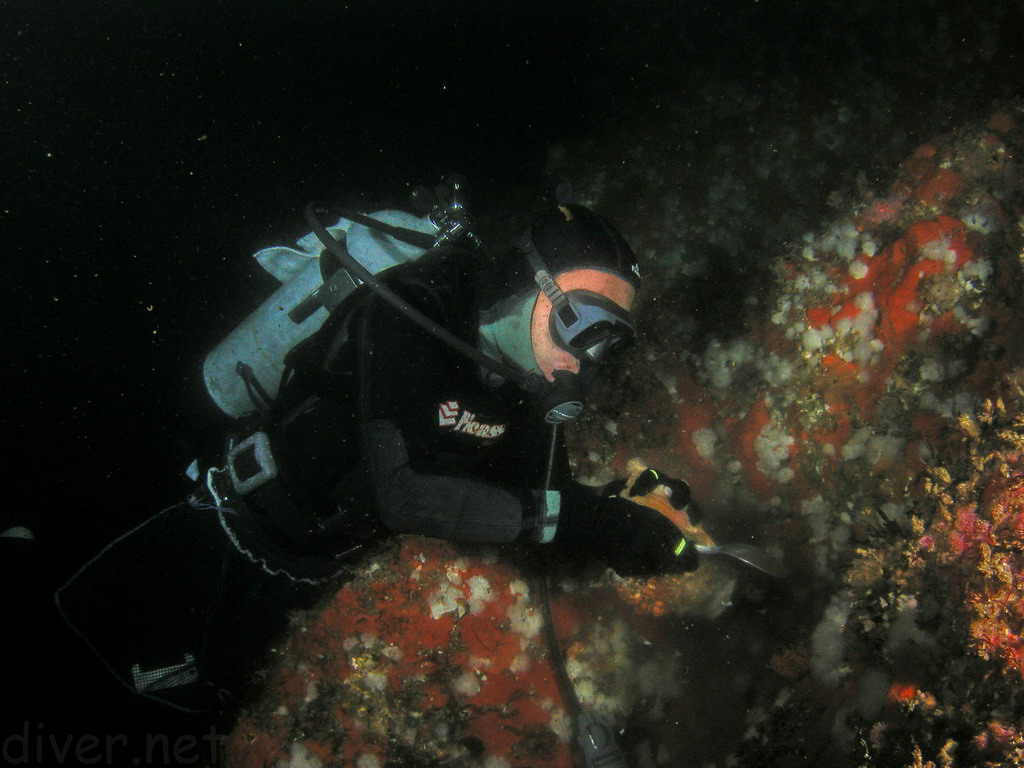 Our next dive was at the boilers, even though there was a healthy swell. Everyone came back empty handed. Our next dive was closer to the island. I managed to get one 2 lb. bug that dive and only a few others were found. Each successive dive only had a few bugs each time with most returning empty handed and many not even seeing bugs. The bugs at Nic were very spread out, and if you did see any they were mostly so far back in the holes that you could not get anywhere near them. Since the Navy was going to close the island the next day we headed for Santa Barbara Island. When we arrived we did a night dive at Suttil Island. I got two bugs on that dive putting me at 3 for the day. Again they were both around 2 lbs. big enough to bag without measuring them, but not much bigger. On that dive the quiet BBS editor Curt Billings managed to bag his limit of bugs for the day.

In the morning we did 4 dives at various sites around the island. The first dive everyone came up empty. Then each dive after that only a few divers would find bugs, but when they did, they bagged several. On the third dive outside of Shag Rock I found an area with bugs, and saw one that was about 5½ lbs. in 65 ft. I took off my pack to try and get it, but it managed to squeeze back just beyond my reach. I put my pack back on and found one other in a shallow whole just before my air supply dictated that I surface. I saw Ron Bennett in the same area on that dive and he managed to bag a limit of nice 2 to 3 lb. bugs. Also on that same dive one of the Peace crew members, Steve Magellan Sanford was caught in the current and had to be rescued by the other crew members in the zodiac. When he returned Captain Eric said perhaps he should attend one of the navigation classes offered at the Peace Scuba Center.

On our last dive we headed to an area well outside of Webster Point and I found a very nice area. I pulled 3 bugs, all about 3 lbs. A couple of other divers also came back with a few that dive, but as in all previous dives most returned empty handed.

As Dr. Death trips go this one was not especially productive. On many trips almost the whole boat gets limits, but this year only two divers did. I think my take of 7 was probably about the average.

The winner of the big bug the first day was Eric Kett for one that was about 3½ lbs. 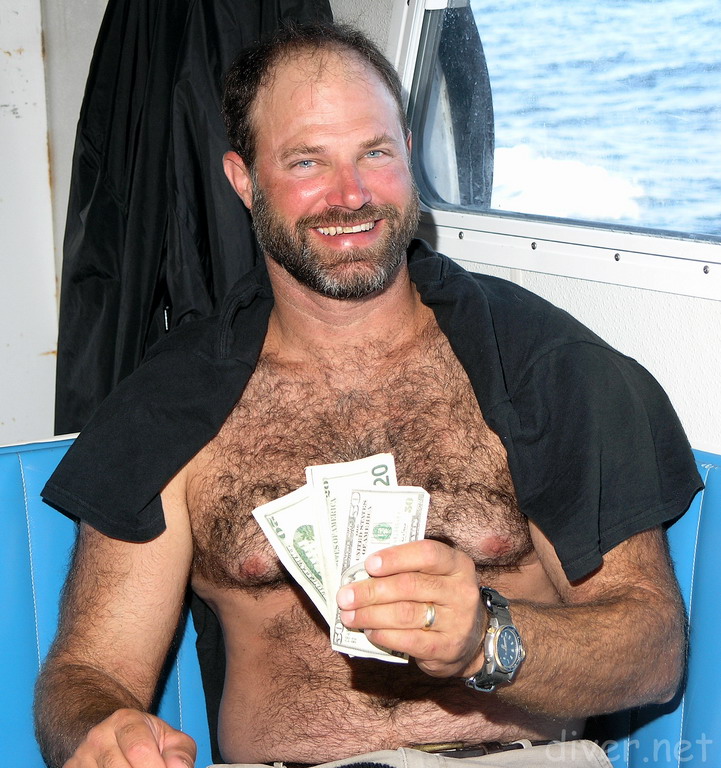 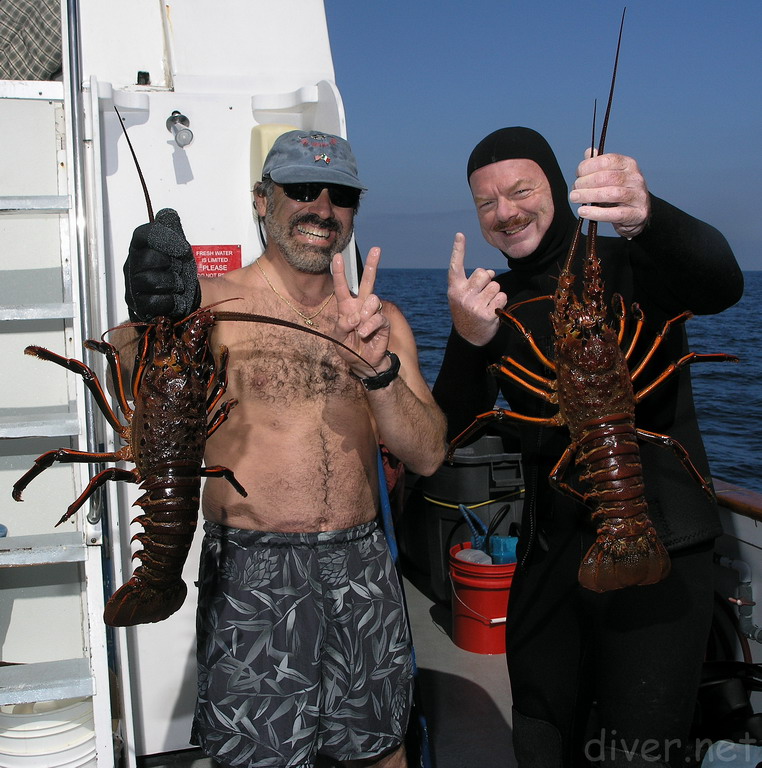 On the way back we were delayed for a bit over an hour because the Navy has closed down the area outside of Ventura for a missile launch. A submarine hunter plane came and buzzed us to get us to stop. 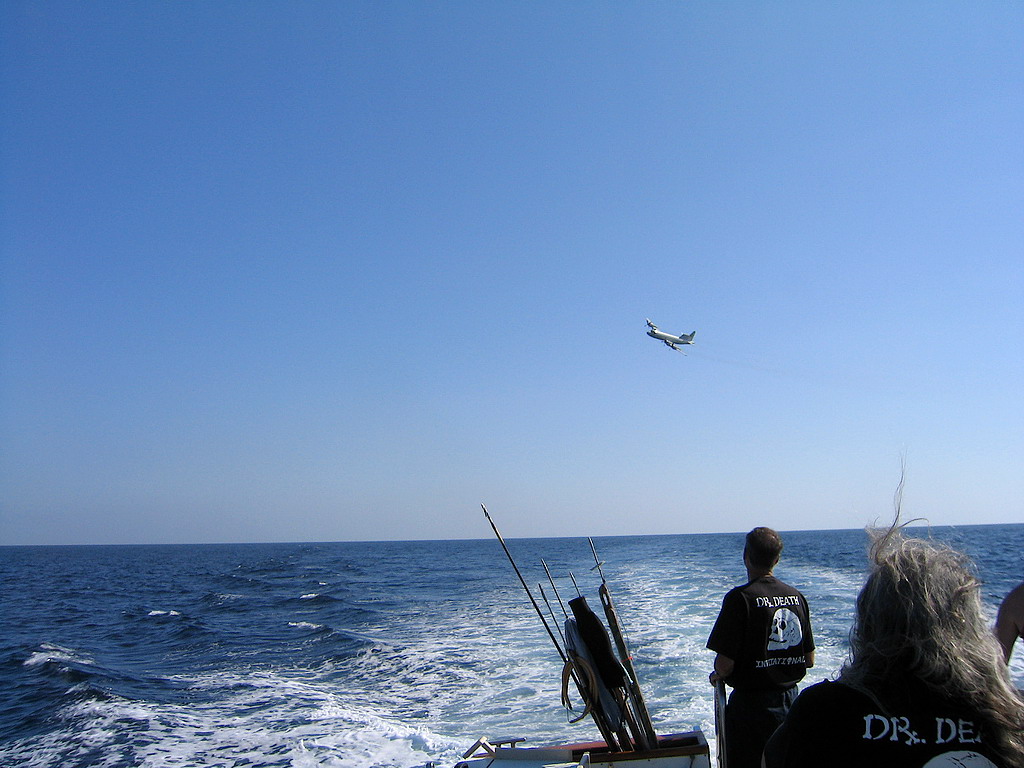 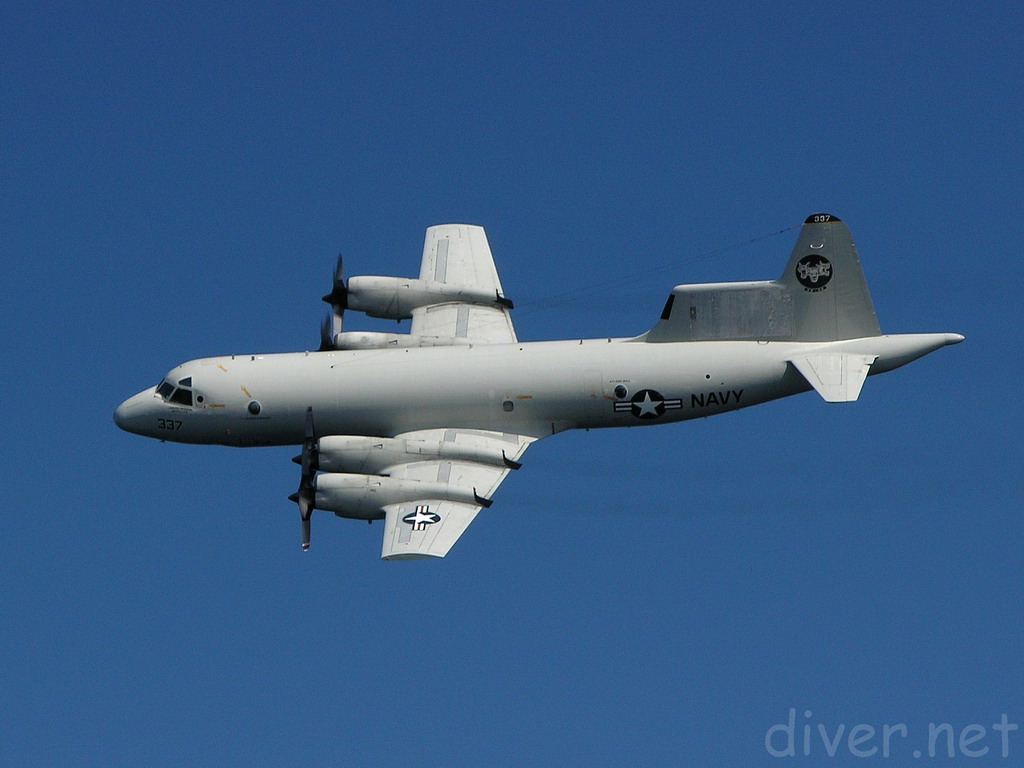 I still had a great time. Since I took up photography I often wear a BC for that pursuit. However there is nothing like the freedom one feels when diving a backpack. The ease of covering and seeing large areas on every dive is just a great feeling and is one of the reasons I love bug hunting!

click here to see all of the pictures from the trip